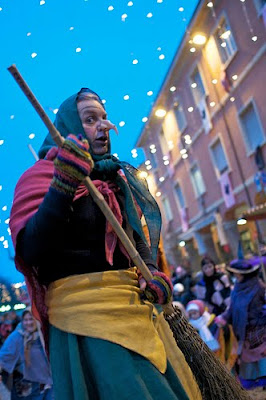 As soon as they left the back yard, the temperature dropped at least forty degrees. Fin quickly handed Bree her coat and slipped his own on. Maryam seemed immune to the cold, smiling and laughing as the wind blew a few strands of her hair free from her bun. She shifted the reigns to one hand while knocking her pipe on the heel of her boot to empty it. She stuffed the pipe into one of her coverall’s many pockets, leaned back, closed her eyes and raised her face to the sun. Bree looked at her in wonder, while Fin shifted his gaze nervously between her and the horses and back again.

“Do you want to drive?” Maryam asked without turning her head or opening her eyes. Both Bree and Fin hesitated long enough to cause Maryam reassure them. “It’s not really driving so much as it is holding the reigns. The horses know the way, after all…” She held her hand open, the reigns dangling limply there.

Bree reached out and took the reigns from Maryam. “Can we go faster?” she asked, a reckless look in her eye that Fin recognized and dreaded.

Maryam’s only reply was another loud laugh. Bree gave the reigns a flick similar to the one she’d seen Maryam use, yelling “Giddup!” in a voice louder than Maryam’s laughter. The horses responded with a joyous lurch forward as they strained against the harness.

At that pace, they were across the open fields in a flash and into the vast woods themselves, where the horses slowed down naturally as the light dimmed. The path wound gently between the trees, while the canopy was thick enough to prevent the lightly falling snow from getting to the forest floor. In the distance, the could hear a river flowing, making its way down the mountain and eventually into the Gross Reservoir, or so Fin thought as he listened to it.

They rode through the woods for a while before they came to their first stop. It was, as Maryam described, unexpected. They stopped in front of a dwelling that was little more than a shack, a lean-to built up against the side of a rock face. No sooner had they stopped than Maryam had dismounted and jogged to the front door. A quick knock was immediately answered by a squeaky, scratchy voice, although Fin couldn’t make the words out from where he was on the sleigh. Another moment, then the door opened and an ancient lady hobbled out. She was stooped over, almost as if she’d bent over one day and forgotten how to straighten up again. The top of her head was covered in a long gray scarf, which obscured most of her face, save her overly large proboscis. A faded red shawl was draped across her shoulders, and her skirt covered the rest of her in what once might have been an elegant plumage, but now looked like nothing more than dirty curtains draped around her legs.

The old lady seemed to be dragging something rather heavy behind her, as she paused just past the threshold of her hovel, turning back to it to grab whatever was stuck in the door with both hands. Fin climbed quickly off of the sleigh and jogged over to where Maryam and old woman were struggling. With their combined efforts, the door was finally unblocked. The object that had blocked it turned out to be an oversized bag made of some kind of moth-eaten velvety cloth.

“Fin, take this and push it up into the sleigh, if you please,” said Maryam, turning back to the old crone after issuing the command. Fin turned to obey, too bewildered at the encounter to object.

He didn’t have any trouble carrying the bag, slinging it over his shoulder, but struggled getting it into the sleigh. The bag wasn’t very heavy, but it was bulky and cumbersome because the packages inside shifted around. Bree hopped down, and together they finally succeeded in shoving the bottom of the bag into the back. They were climbing back onto the driver’s bench when Maryam rejoined them.

“Excellent work, you two. Next stop — the dock!” Maryam grabbed the reigns, and before she could even flick them, the horses took off, leading them deeper into the woods.
Posted by Rusty Bentley at 7:38 AM