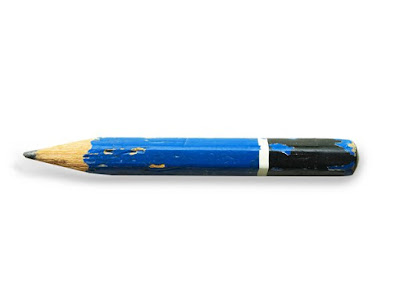 Here we are thoroughly into the final week of January, and I have yet to produce an actual entry in this blog relevant to this year. That's not necessarily uncommon, but it would be the beginning of a disappointing trend.

Last year, I began to wonder if I actually had anything to say that merited having a full-fledged blog. On further reflection, I'm forced to admit that the answer *might be* "no."

The proof is in the pudding. Last year, I had blog entries that covered the following categories:


So, several topics were covered, just not a ton of content generated. The blogging was truncated because I didn't take a Fall trip as originally planned, and I didn't write a Christmas short story. As an aside, I *did* generate about 1000 words of outline for a Christmas short story, but I don't know if I'll write it next (or any) year.

But it still begs the question: does the content that's being produced actually matter? The obvious answer to that is: yes, duh. It matters to me at least. Even if all that's actually happening here is I'm typing words into a WYSIWYG editor just to hear the gently pleasant clacking of an Apple keyboard (yes, no mechanical beast for me), as long as it pleases me and doesn't hurt anyone else, it seems like an OK past time. And every now and then something amusing or insightful gets produced, I think.

With that said, expect to see more entries this year than last year. I might even fire up the book review posts again, although I'm not sure I'll use the Magrs Method as I've done in the past. The method tends heavily towards spoilers. For example, one of the questions you're supposed to answer is "What surprises did it (the book) hold, if any?" I think I'd like to be able to give a fair review without having to adhere to a prescribed form or give too much about the book away.

I do have some stuff coming up. This year's guest lecture at UT will be at the beginning of March, and then my company's semi-annual on-site will be a couple of weeks after that. There's also Valentine's Day, and St. Patrick's Day, and then Spring Break (the last one with a high schooler), and... apparently the list of potentially interesting writing things goes on and on when actually enumerated...

Heh, maybe all that's required to get me writing is a little excitement about it... :-)
Posted by Rusty Bentley at 4:55 PM No comments:

I failed to complete the 2018 Goodreads Reading challenge.

I set out to read 60 books after reading 55 last year and 65 the year prior. As of last night, here are my numbers, in convenient picture form, snipped from the official Goodreads page. If you want to see the rest of the official tabulation in all its glory, have a look at the Goodreads summary.

As is my common practice, I exported my Goodreads library to do some custom analytics. I tend to verify the numbers that Goodreads calculates to make sure I haven't done something silly. This year, Goodreads put my page count ahead and my book count behind those produced by culling through the exported data. My calculated tally was 19,898 pages across 52 books. Close enough, I suppose.

The longest and shortest books were accurate this year, although, since my page count was slightly lower than theirs, and with an extra book besides, my average length was lower: 383 pages.


Let's have a look at longest three and shortest three, beginning with the longest!

Now for the shortest three.


The smallest three books from last year totalled 295 pages. This year's total is considerably smaller at 176 pages. Notably, none of the small books this year are either poetry or philosophy. I did read Paradise Lost, by John Milton, which is a ridiculous 453 pages long. I think that makes up for it, although a year without Robert Frost is probably a year with some time less well spent.

As an aside, I strongly recommend READING the Southern Reach trilogy (the first of which is Annihilation, on which was based a recent movie starring Natalie Portman). I haven't seen the movie, but understand that it's not as representative of the book as it could be. And the book is great. Period.

Alright, on with the metrics! Now begins the data that Goodreads cares nothing about, but which are really interesting to me. We begin with a look at how many books I completed in each month.

This graph looks considerably different from last year's. First of all, this one is 3-D. Secondly, there were no months with a zero, which is good (although that August completion is pretty weak). Third, December looks LOADED. TEN BOOKS?! REALLY, DECEMBER?!

The truth is that there were several short Christmas-related books I read during December (A Christmas Carol, Jacob T. Marley, The Life and Adventures of Santa Claus, and A Kidnapped Santa Claus). I was trying to get into the proper frame of mind for my Christmas short story, but eventually admitted to myself that it just wasn't going to get written this year. The good news is that I have about a thousand words of thoughts about one for next year, should I choose to pursue it.

On to the next metric! Which author was most consumed by me?
There were no outliers this year again. I read no more than three of any author's books, and had 42 distinct authors on my list. Given that there was no clear "winner" here, I thought it might be interesting to see how many pages were included in each author's sum. As you can see, I read more Sanderson than anyone else, as he writes nothing but long books (which isn't true, but I only read his long ones).

N.K, Jemisin's Broken Earth trilogy, starting with The Fifth Season, is what put her in first place for me this year. Those three books won her three Hugo awards in a row, a feat which has never been done before. You should DEFINITELY go read them. They are pretty fantastic, and I don't want to spoil any of it for you.

Finally, the question of how I consumed the books needs to be answered.


I dispensed with the difference between Paperback and Hardcover this year, since I read so few physical books at all. The preponderance of my reading happens during workouts, via the Audible app. If you have a commute or other mindless task time and don't have Audible, you might consider it.

And that was my year in books! As with last year, if you're a Goodreads type person and we're not hooked up, you can get in touch with me on that site via this link.

I've entered next year's challenge as well, but I've set the goal REALLY low: 25 books. I'm curious about my December this year. I've rationalized it away as reading a bunch of short books as a function of Christmas spirit/research, but I wonder if at some level I crammed more shorter books in there because of the silly goal? I hope that's not the case, but I wouldn't put it past my subconscious. It's pretty competitive, after all. In any case, with a limit as low as 25, I'm sure to make it, and might change the metrics altogether next year. Maybe group by genre, and list most and least impactful books. WHO KNOWS WHAT WILL HAPPEN?!

I guess you'll have to stay tuned. Or make a reminder to check in again next year.
Posted by Rusty Bentley at 6:24 PM No comments: