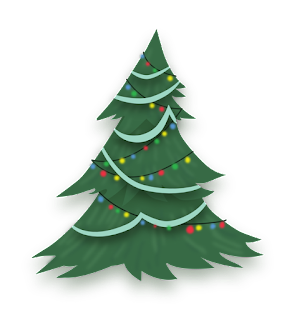 Gentle reader, I have no intention to mislead you, so let me clarify some things at the outset.

Secondly, the events depicted in this short story are completely fictitious, but do not have to be so. They have not happened to me, but that doesn't mean that they won't or can't, aside from the above proviso regarding my wedding anniversary.

Finally, the short story itself holds true to its nature, being short. However, it is longer than a regular blog post. As such, I'm choosing to break it into multiple blog posts, and hope you will bear with me during the process.

“No, it should be just around this next little bend,” she replied, never looking up from her phone.

“We’re driving through the middle of a pasture. There’s no road!” he said, waving one hand vaguely at the windshield.

It was true, or appeared to be so. The ground was covered with snow that had started falling about three hours ago. It had stopped now, but the countryside the couple was driving through was already completely blanketed with an beautiful white sheet. At least it’s not so deep that the car can’t get through it, Fin thought to himself. It’s a good thing Bree forced me to put the snow tires on last weekend.

“Just because you can’t see the road doesn’t mean it’s not there,” Bree replied. “Although, I would feel better if we could get a better cell signal out here.”

She raised her head from the phone and let her eyes wander over the snow-covered landscape outside of the passenger window. Finley regarded her as well. She felt his gaze on her, turned her head back toward him, and offered him her smile. Her smile — that was what had originally caught him. Not that she wasn’t striking otherwise. With dark brown hair in short, lazy curls kept at shoulder length, olive skin, and hazel eyes, she would have turned heads in any setting. But her smile, with that one dimple in her right cheek… the first time he’d seen that, he knew he was hooked.

By contrast, Bree had fallen in love with Fin in stages. Her type was normally tall, dark, and handsome. Fin was tall enough, standing just under six feet, and handsome enough, but wouldn’t have been classified as dark at all given his dirty blonde hair and pale complexion. Still, he was charming in every way, especially his persistence. Bree found herself changing for the better the more she was around him, and before too long found that she didn’t want to be without him.

Aubrey and Finley had been married for ten years exactly. Who would have thought it would be a good idea to get married on Christmas Eve? Apparently, Aubrey and Finley did. Every year since they’d eloped, they’d been splitting time between his family and her family gatherings, with only an occasional anniversary dinner out to celebrate their nuptials. This year, they’d decided to get away from everything and spend the holidays together. Aubrey had researched a bit and found what looked like a charmingly quaint bed and breakfast about an hour outside of Denver, just southwest of Boulder. It was up in the hills a bit, but seemed easy enough to get to.

Unless the road was completely covered in snow. Driving around foothills without being able to see the end or edge of the road clearly tested the mettle of even the most native of Coloradans.

Fin slowed the car to just above a crawl as they came around a curve that rose slightly before leveling off again. As they cleared the curve, the path straightened and declined slightly, leading straight towards a cottage nestled up against the edge of the forest. They pulled up to the front of the house and, not seeing anywhere specific to park, stopped the car at what they thought was a respectful distance away.

The cottage itself was a fair size, not large, but certainly larger than modesty required. The website said it was a three bedroom, three bathroom house with a large common living area aside from the dining room and kitchen. Smoke curled out of a central chimney, its light grey hazing lingering around the roof for a moment before being caught up by the breeze swirling above. There was a wrap around porch as well, with several rocking style chairs. One of those chairs was currently occupied by an elderly woman.

Fin and Bree got out of the car, shivered a bit as they pulled their coats on and collected their belongings, but finally started making their way toward the cottage. The woman remained where she was, rocking back and forth, back and forth. She was dressed simply in coveralls made of a coarse, faded material, and a long-sleeved white blouse. One of her arms was held across her torso in support of the other arm, which was in turn supporting a pipe. As with the cottage’s chimney, smoke curled lazily from the pipe, lingering around the woman’s ash gray hair, which was pulled into a smart bun. Small, round glasses were perched on her nose, and her eyes appeared to be closed.

“Hello!” called Fin just before they made it to the porch.

“Hello to you!” called the old woman back, finally opening her eyes and standing. She was shorter than Finley expected, and thinner, but with icy bright blue eyes. “Fin and Bree, I presume?”

They nodded. “Glad you made it! I’m Maryam. Come on inside and I’ll give you the grand tour!”  She opened the door and gestured for them to follow her.

As Fin and Bree stepped onto the porch, they felt the temperature change from a bracing chill to a pleasantly friendly warmth. They glanced at each other, puzzled. The wrap around porch was open on all sides, but the breeze that bit at the trees and shrubs just past the steps didn’t follow them up, as if it couldn’t be bothered to make that short journey.

“You two are the only guests this weekend, so let me know if you need me to adjust the temperature. The control’s a little finicky, so don’t bother trying to do it yourself,” Maryam called to them from just inside the open door. Bree shrugged her shoulders at Fin, smiled again, and went in. Fin followed.

The interior was as quaint as advertised. The decor was rustic, featuring a set of aged wooden couches, chairs, and coffee tables. A chandelier made from a series of lanterns suspended from a wagon wheel helped illuminate a room with large windows on each wall.

Maryam led Fin and Bree inside. “The floor plan is open. We want our guests to feel like they can talk to anyone that’s not in their bedroom or bathroom without having to raise their voices too much.” She led Fin and Bree through the living room and around the staircase to the dining room, which opened straight onto the kitchen. Visible through the windows here was a back yard, beyond which was a stable or barn which housed an actual sleigh of some kind. Two very large horses milled about between the cottage and stable. Bree clapped in excitement on seeing them.

As the group was watching them, the horses began to stamp the ground with apparent excitement. They trotted to the end of the back yard and disappeared around the corner of the stable together. Maryam looked distractedly out the window, her gaze following them, then said, “Your room is at the top of the stairs and on the right. Why don’t you go drop your things off up there and make yourselves at home? I need to attend to something for a moment. Please excuse me.” With that, she went out the back door and jogged across the back yard, following in the tracks of the horses.

Bree looked at Fin, raising an eyebrow at him. “Let’s follow directions,” Fin said to Bree in response to the unasked question. Bree frowned at him in mock disappointment. “For now, at least. We just got here, after all. I don’t want to get kicked out… yet.”

Posted by Rusty Bentley at 6:29 AM