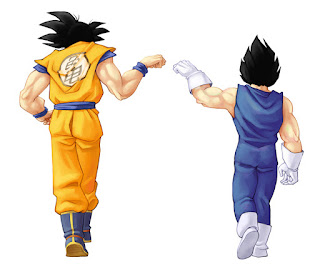 Work has been... pretty great actually.  I really don't have anything I can legitimately complain about, which is quite a statement coming from me.  I can typically see the worst in every situation (especially when I'm in a mood), but in this instance I have to admit that everything is going as well as can be expected.  Our team is coming together really well and producing a ton of great code in remarkably little time.  The team is, simply put, awesome.

Before I get ahead of myself... let's rewind a bit to cover recent events.

June included a work trip to California.  I've mentioned this in a couple of other posts, but wanted to take a moment to elaborate on why the work part of this trip was also great.

First of all, what was I doing?  One of the projects I've been working on at Outpace is an in-room device for when a person stays at a Starwood hotel.  When you check in at a participating property, the hotel system sends the check-in message back to Starwood's data center, which then publishes the event to our system.  Our system then looks at all of the available data on you, the property, the reservation itself, etc., and determines which promotions are best suited to you.  Meanwhile, the tablet in your room asks our system what content it ought to be showing.  After we have received the check-in event and determined the best content for you, we tell the tablet to change its display.  By the time you get to your room, you see content on the device that has be picked specifically for you (or for people very much like you).  Pretty neat idea, huh?

We were provisioning devices, doing staff training, changing master content, and providing general production rollout support for the week I was there.  I got to hang out with Albert and Daniel quite a bit.  Beyond working, we walked/ran to the beach, ate good food, drank good wine, had existential discussions, and played fun games.  That is a great way to spend a work week!

Not everyone has been able to adapt to the reshaped Outpace System, however.  This is to be expected -- after large layoff, people test the waters to see if there are other (typically more stable) opportunities to be had.  Since June, we've had several people decide to take other jobs.  I've been genuinely saddened to see each of them go.  At the same time, I'm genuinely excited when folks find things that they really enjoy doing.  So I always feel strangely when someone leaves on their own.

To my knowledge, three people have left so far.  I know that there are two more in the process of transitioning their workloads to other people so that they can leave.  By the end of August, five people will have left the company voluntarily since Not April Fool's Day.  That is about 1/6 of our remaining force, making us a company of roughly 25 people.  We're still a really strong team, and a good size for a normal start-up.  However, if there's anything that is a bit of a drag about the company right now, it's that people are leaving from time to time.

On a happier note, I've been able to pair with Tanya quite a bit over the past month.  This is always a treat for me, because there is no one in the world that is better at teaching me stuff about problem solving.  She's always patient, which is a great thing because I'm really grumpy while I'm trying to learn something.

As an aside, I've been told that I have unrealistic expectations of myself.  People don't normally have master over subject matter that they haven't practiced/studied constantly for at least a fair amount of time.  I fully expect that I'll understand and be productive with something foreign after an afternoon of watching someone else do it.  OK, that's a slight exaggeration -- it might be a morning and and afternoon.  In any case, I get frustrated with I'm not good at something.  Tanya handles that better than anyone else I've ever met.  It's actually quite unfair to her, since my knowledge that she can deal with it makes me behave more badly than I would with other folks.

The other thing about Tanya is that she is REALLY FREAKIN' PRODUCTIVE.  I've known this for a long time, but since we hadn't worked together much at Outpace until the past month, I'd lost sight of the fact.  She constantly gets stuff done, with high quality and an eye towards extensibility.

Long story short: I'm glad she works at my company and that I get to work with her directly sometimes.  She's THE BEST!

Working with the boys

And finally, I've been working with the boys.  Every summer we try to do at least one thing that helps us learn something.  This summer, we decided to try our hand at learning Python using codecademy.com.

Even though both boys professed to actually desiring to do the coding stuff, neither one seems very eager when I bring it up.  I get the feeling that they do this in order to please me instead of out of a genuine desire to learn something.  I guess I can understand that.  I still remember summers between school years as being times where all I really wanted to do was play video games, watch movies, and go swimming.

For now, I've decided not to push them too hard on the coding stuff.  My hope is that they'll be exposed to enough variety of activities (via the trips we take and the stuff we do) that they'll find something that they enjoy doing that might eventually translate into a way to make a living.  Unless someone starts paying a lot more money for watching other people play games on twitchtv or youtube, they might have a hard time... :-D

This wraps up the "it's been a month" series.  I hope you enjoyed reading it -- I enjoyed writing it!  Next month is my birthday month, so I would expect that I'll be back to the usual shenanigans soon.  Until then... enjoy!
Posted by Rusty Bentley at 10:20 PM