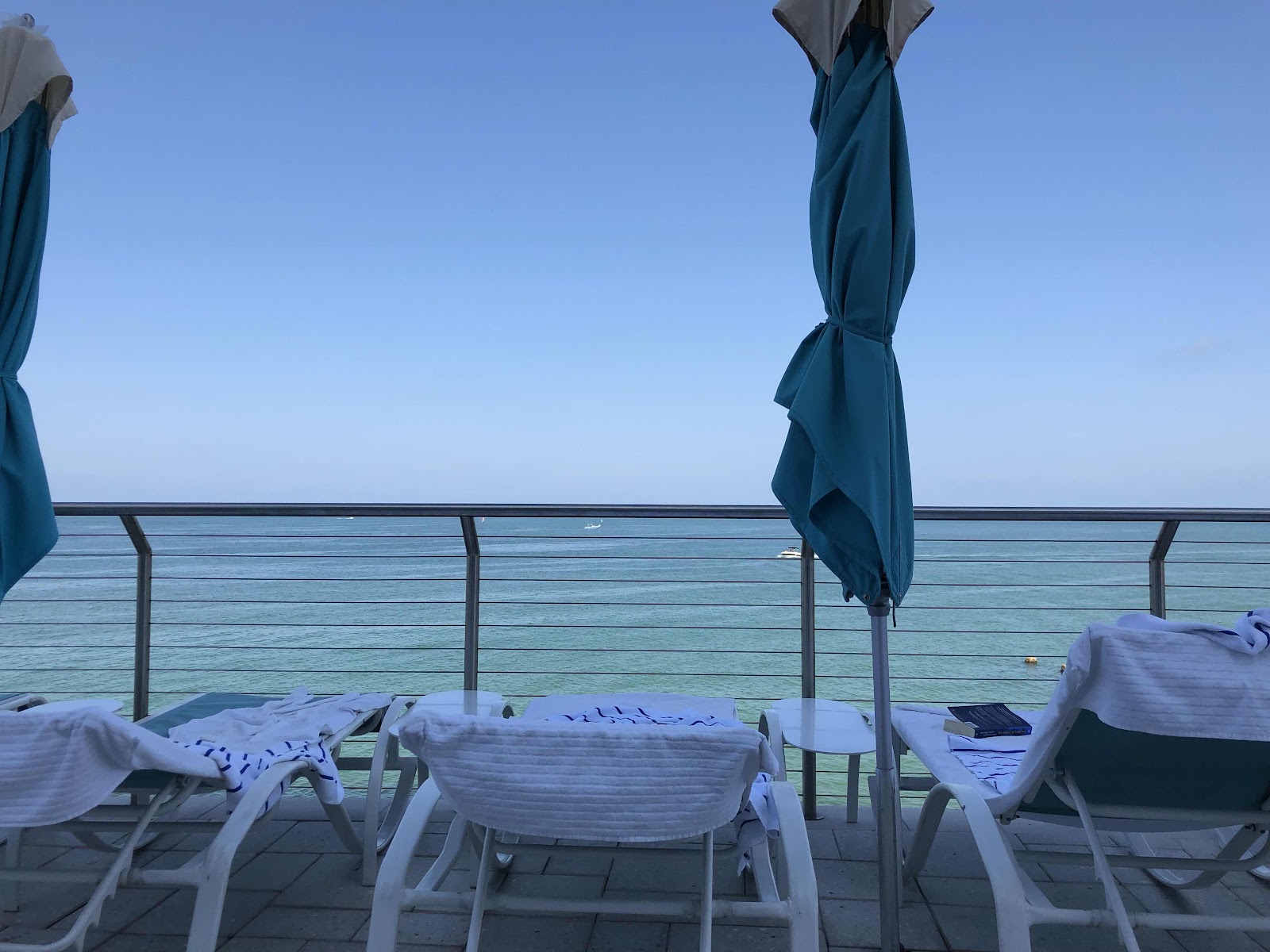 [DISCLAIMER: I honestly thought I’d published this a while back. I obviously hadn’t, so my sincere apologies. Especially since it ruined my streak of at least one post a month this year. Then again, I managed to miss July as well, so... meh]
You, the discerning reader, will have noticed that today’s entry is actually Days 4 and 5. I warned you that Day 3 was exactly like Day 2. Well, that’s not quite true. We *did* sit in exactly the same spot, but our server was Costas, not Eliza, and we had all the frozen drinks on the menu instead of the mixed cocktails. The routine was exactly the same — we slept late, didn’t work out, had breakfast, sat beside the pool, read, drank, had dinner, and strolled around a little. After all, our first day of doing it went so well, it couldn’t hurt to do it again.
And again.
Day 3 was so relaxing that we realized we’d stumbled onto our ideal vacation — do as little as possible, maximize the relaxation. Who knew?!
Day 4 brought a couple of slight changes, including where we sat. It was still near the pool, but on the far side with a view of the gulf. You’ll notice that we aren’t DIRECTLY on the front line. No, those chairs were already taken by the time we got to the pool at 08:00. The people at this resort apparently go to the pool as soon as they wake up, claim chairs by putting crap on them, and then go back to sleep for a couple of hours. Case in point: the five chairs in front of us were claimed by a family of two parents and three children. After they’d secured their spot, they hung around for a few minutes to make sure it was cool, then all left to go get breakfast or watch a movie or some such. Seriously, they were gone for more than two hours, despite the rule that you’re not supposed to leave your chair unoccupied for more than an hour. I was mildly annoyed, but given that they frequently weren’t there, we got a great view of the gulf for quite a while.
So... we did that. All day. It was just fantastic. I really can’t adequately describe the feeling of just laying there, reading a book, drinking a drink, staring at the ocean, and not worrying about a thing in the world. Those that know me will understand that this isn’t really my normal mode of operation. It actually takes quite a bit for me to fully unwind, as I habitually check work email and Slack even while I’m out of the office. This time, I managed to let it all go, forget about all responsibility, and just... *be*... in that place. And what a great place to be in, especially with Tanya! She is, by far, the best travel buddy I could hope for. I mean, LOOK AT HOW CUTE SHE IS?! 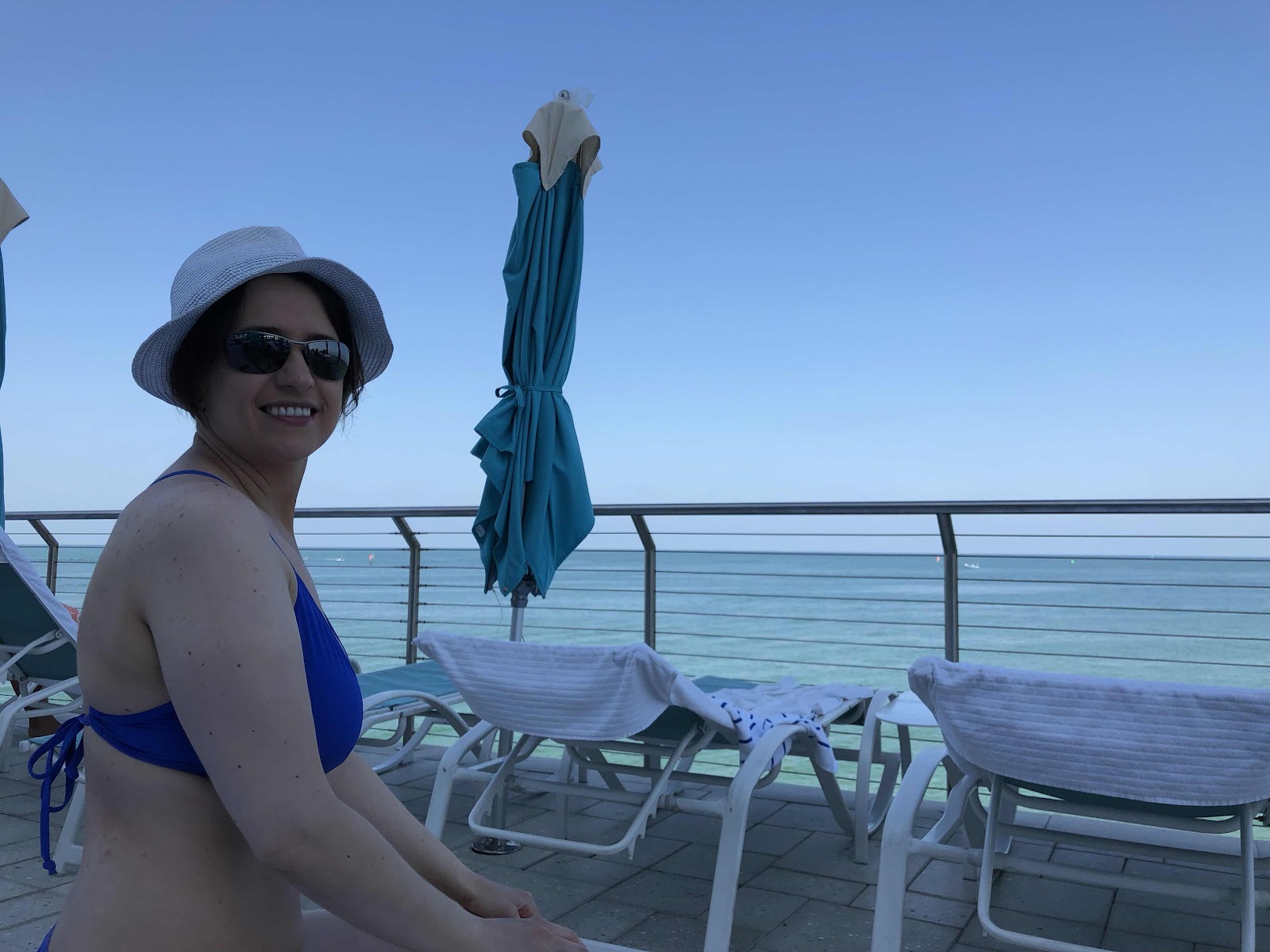 The entirety of Day 4 was spent there in those chairs a row back from the railing. Eliza had returned, and even though we weren’t technically in her section, she paid particular attention to us all day long. She deserves a raise — I’m looking at *you*, Opal Sands! Tanya and I strolled around the strip/boardwalk a little, but not enough to actually be worth any more mention than I’ve already made. The area in general is fantastic, and you should visit it if you get the chance.
Day 5 dawned with us mostly ready to return to reality. We felt rested, rejuvenated, but still slightly reluctant. I think we left the long weekend with a good idea of what we’d like to be able to do in retirement: whatever we like given our mood on waking up. Not be beholden to a specific schedule. Able to work on whatever interested us that day.
The only thing we really haven’t quite figured out is: how do you do that on a fixed income into perpetuity? The obvious answer is to have recurring revenue as a source of income (ergo: not fixed), but that requires a bit of creativity on our part that we haven’t quite figured out yet. If any of you have ideas, we’re open to suggestions... ;)

Posted by Rusty Bentley at 8:21 AM