The Importance of Seven 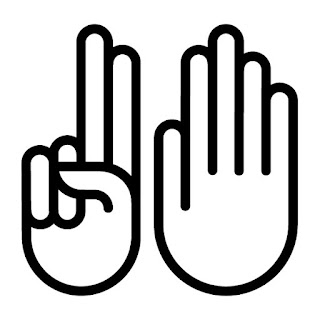 Seven.  Apparently this is the minimum number of times a person has to try to do something before said person actually succeeds in doing it.

Of course, that’s not true of all things in general.  For example, stumbling.  Typically, a person can succeed in stumbling on the first or second try.  This includes most variants of stumbling, especially toe-stubbing and its most common tripping derivatives (step-tripping, curb-tripping, cracks-in-sidewalk-tripping, etc.).

As you can see, the husband said exactly the wrong thing on the first try, even though it only appeared in the second part of his response.  The resultant smack across the face from the wife confirmed it was the wrong thing to say.  The husband should be satisfied with his effort there.

No, seven is the fewest times a person will have to try to do something worthwhile before succeeding.  Things like getting out of bed.  How many times have you tried to get out of bed and utterly failed?  A very typical sequence is listed below.

ATTEMPT 1: Slap at the annoyingly screechy alarm.  Note: attempting to interact with the alarm is not counted as a separate action for the purposes of this discourse, although it is acknowledged that this is a hotly contested classification.
RESULT 1: Fall asleep again after only managing to hit the Snooze button.

ATTEMPT 2: The alarm goes off again.  Repeat attempt #1 with the same result.

ATTEMPT 3: The alarm goes off AGAIN.  This time it is turned off.
RESULT 3: Since the alarm was disengaged by virtue of it being thrown across the room, it is probably off forever.  However, the person hasn’t actually gotten out of bed yet, rendering another failed attempt.

ATTEMPT 4: The person places his or her arms outside of the covers.
RESULT 4: The person typically considers this an achievement worth celebrating with a little rest and relaxation, and almost falls asleep again.  Obviously they are not out of bed yet, and in fact almost failed utterly.

ATTEMPT 5: The person pushes one foot and/or leg off of the bed.
RESULT 5: The leg dangles over the edge of the bed, steadfastly refusing to touch the floor.  This time, the person realizes that they have to make another attempt immediately.

ATTEMPT 6: The person pushes the other foot and/or leg off of the bed.
RESULT 6: The second leg joins the first.  The first is glad to see the second again after such a traumatic experience.  Dangling over the edge of the bed is no more fun for a foot than hanging by your fingertips over the edge of the Pit of Despair would be for you, gentle reader.  The author shudders at the thought as he types the words.  Regardless, the person has still not achieved exit from the bed.  Attempt must be counted as a failure.

ATTEMPT 7: The person uses their groaning muscles to lever themselves toward the edge of the bed.  Note: “groaning muscles” are defined as all muscles whose use makes the user groan, not the muscles actually required to emit groaning sounds.
RESULT 7: As soon as the person’s derriere has cleared the precipice, gravity and the resultant inertia pull the rest of the person’s body onto the floor, where the person lays panting at the exertion of the effort.

Technically, the person is out of bed after the seventh attempt.  Other actions that fall into this category include but are not limited to:
• Not burning toast but still being able to call it toast
• Vacuuming up that pesky piece of white string
• Finding something good on television

Perhaps the most difficult thing to achieve, which is the main subject of this paper, is telling someone that you love them and having them understand it.  This will always take at least seven attempts, so a person should not be discouraged when the object of their affection does not respond in the appropriate manner on the first six tries.
Posted by Rusty Bentley at 5:23 AM